So That Was Different

For my last morning in Monument Valley, I had planned to shoot the classic sunrise over the Valley. I had scouted my location the evening before and got up at 4:30 AM to make the drive from Gouldings to get set up in time. I had not seen ground fog in the area before so I thought "cool" this will be something unique. When I arrived, the Valley was filled with fog. There was no "window" on the horizon, just a thick wall of dark gray. I waited in my car, checking my phone clock for the theoretical sunrise hoping to see the sun burn through in a miraculous burst of color. At sunrise, the wall of gray was unchanged. Remembering that I could actually see landscape on the drive in, I grudgingly decided the Valley was not going to happen and headed back toward Gouldings. When I got a glimpse of what was about to happen I pulled over to the side of the road, grabbed my camera bag and ran to the fence line to capture the first shot below. I loved the Navajo dwellings dwarfed by the monument (especially the ones at the very bottom of the fog line), which in turn were dwarfed by the enormous morning sky. I took a few shots, turned around and saw the monolith on the other side of the road and took off running. The light level was much lower on that side, so I was shooting between breaths at 1/40 of a second at ISO 800, just to maintain a steady hand for sharpness. I had taken a few OK shots then saw the one beautiful desert flower just beyond the fence line and knew that was my foreground in the second shot below. Again, The Navajo dwellings were just visible at the bottom of the fog line, especially to the left. Within a few minutes the sunrise was gone and, with it, the color. I was exhausted, and realized I had probably forgotten to breath a good portion of the time! It was an unforgettable, gorgeous moment, not what I had in mind, but ask me if I care! What a gift. 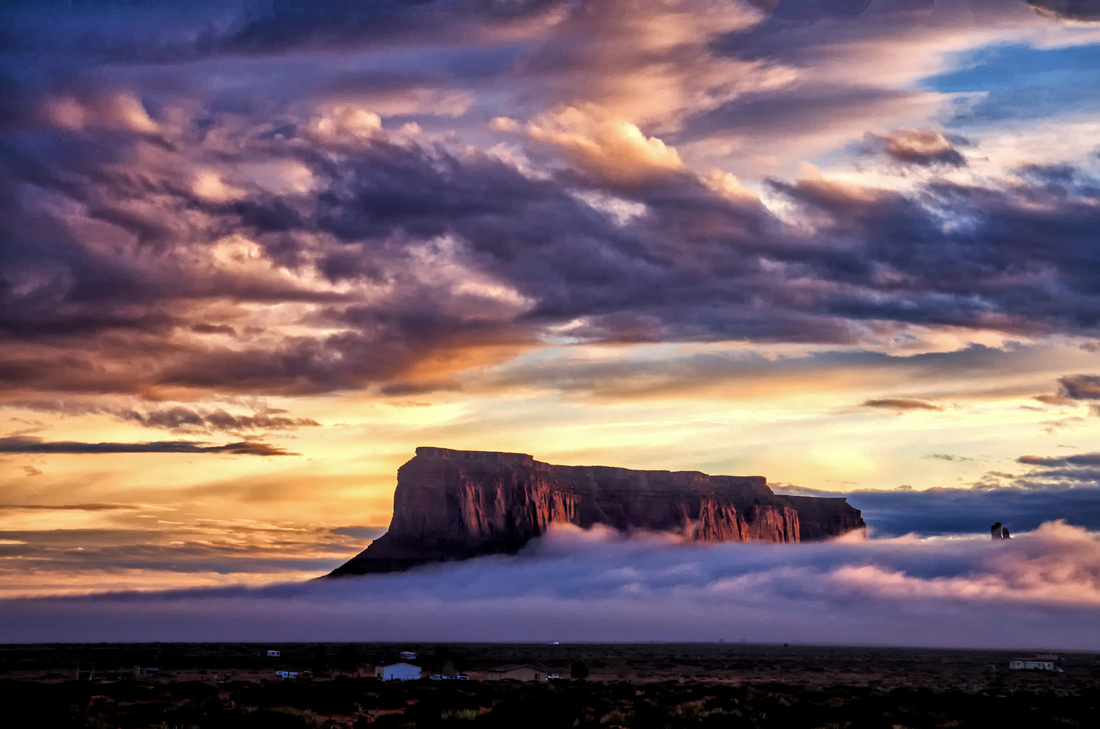 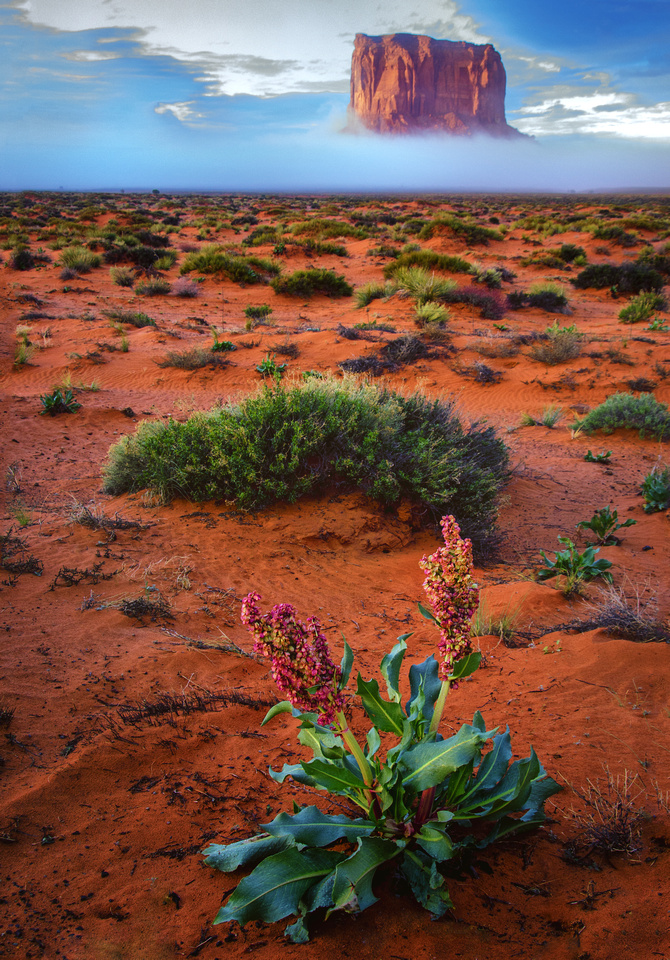