I Love It When That Happens 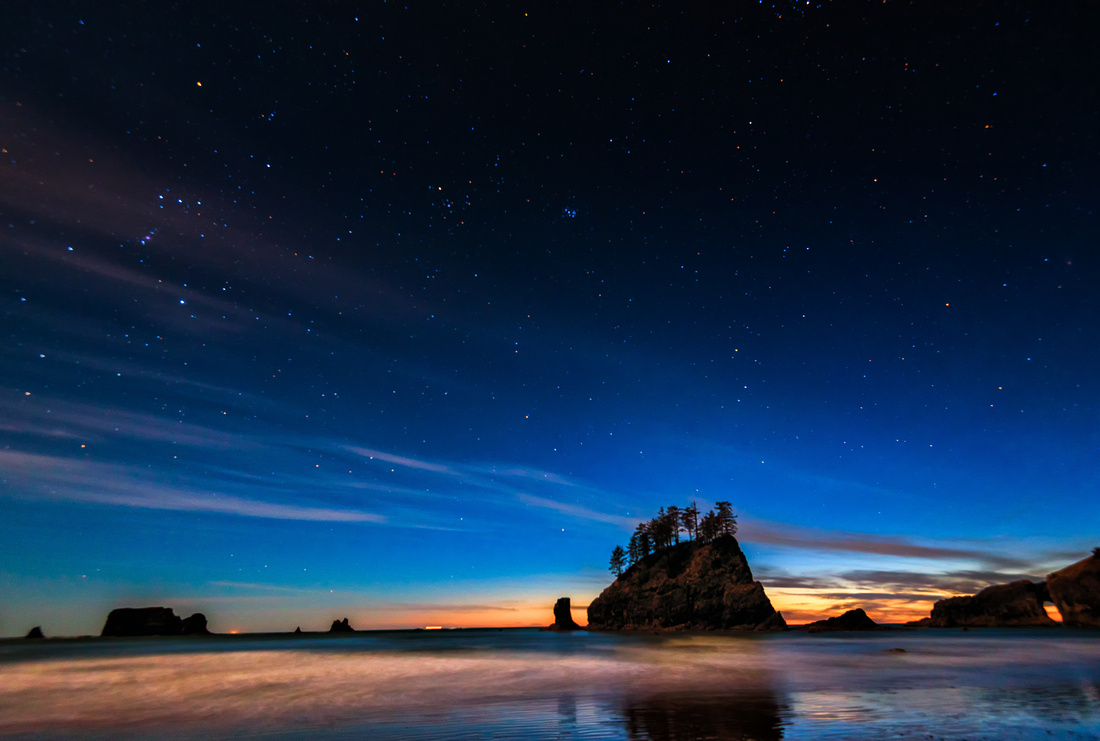 Thursday was to be the first day of sun in several weeks, but by bedtime Wednesday night, I was feeling beat. When I awoke to the first hints of a clear day, I felt a bit renewed. At 7:30, I texted Marie, who was at work, and said, "Am I crazy to drive to Forks?" She replied, "It's a beautiful day..." I decided The Pacific Inn in Forks would be the arbiter. They had a room available, so, just like that, I was off for the three hour trek.

After a brief scouting of Ruby Beach, I tried to scout Rialto Beach only to discover that the road that takes you right to the beach was closed two miles up due to structural failings. Good to know if you planned to be there at sunrise and now had a 30 minute hike added to the approach.

After locating the Second Beach turnoff, checking in at the motel, and an early (and delicious) burger at The In Place, I headed back for Second Beach, one of the more photographed beaches on the Pacific Coast. The sunset did not disappoint and I spent over an hour shooting sunset and twilight. I also managed to get my boots filled with wave water more than once.

At that point, I was tired and a bit wet, but was noticing that twilight continued to linger. I sat down on a log, just to take it all in, quiet my mind and rest. It was then that I remembered that Art Wolfe had once captured a starry twilight on the same beach, so I decided to wait it out, hoping the twilight would hold long enough for the stars to come out. I had tracked the weather, checked the tide tables, but hadn't checked the moonrise, and that's when I got really lucky.

I knew the tide would start to pull out, noticed that twilight was still glowing through the arch on the right, glanced over my left shoulder and there was a half moon sitting just above the horizon. Perfect! Enough light to illuminate the surf and main seastack, but not enough to wash out the stars. I set up the shot, timed the exposure to catch the rotation of the distant lighthouse, and did not anticipate the added dimension of a ship moving on the horizon. There was very little wind, so a 15 second exposure was safe and I could keep my ISO at 200. The twilight held as the stars really started to pop, and it all came together at once.

I love it when that happens!